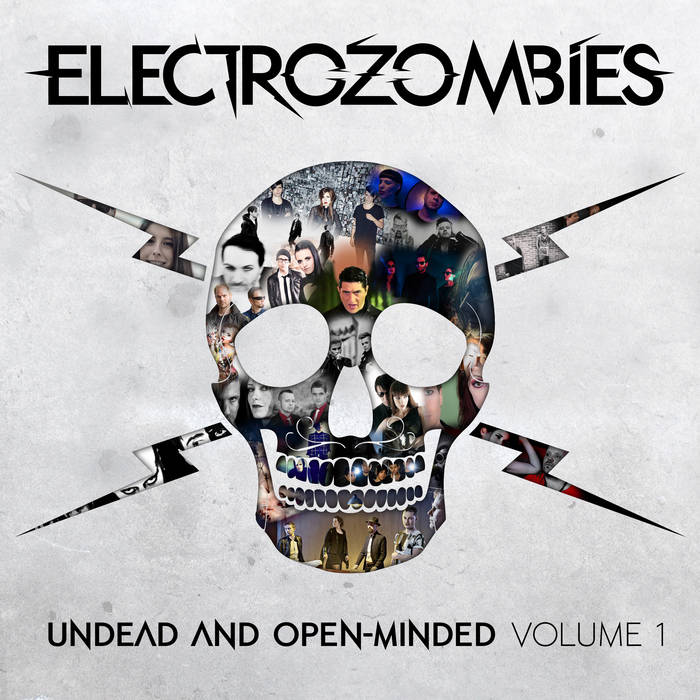 Wilame AC Because it have great bands and music!!! Success for all!

On the occasion of the 5th anniversary, Electrozombies published an outstanding compilation in collaboration with several artists: 'Undead And Open-Minded: Volume 1' with exclusive tracks from Parralox, Machinista and Canal Pop. On this free to download compilation you’ll find 27 artists with songs from the genres of Synth-, Electro- and Future Pop and Darkwave. Along for the ride are a lot of unknown bands, but also well-known names such as Junksista, Twisted Destiny, Julien-K, Psy'Aviah and Vivien Glass.

3 exclusive tracks are included. The band Machinista joins in with their track “Dark Heart Of Me” in a special Electrozombies version. Parralox contribute their exclusive cover version of Depeche Mode’s “Fools”. And the Argentine band Canal Pop Feat. Josefina Aufranc presents a previously unreleased track.

'Undead And Open-Minded: Volume 1' was set up by Thomas Frenken, who founded the webzine 'Electrozombies' in 2010. As a professional graphic designer he is also responsible for the artwork.

The musical journey might take you to a new favourite band.

This is the official Bandcamp channel of the international Synthpop magazine Electrozombies. Here we promote the bands we like via our free downloadable compilations. Mainly we love and promote the genres Synthpop, Electropop, Futurepop, Darkwave, Electrorock, Industrial Pop and related. ... more

Bandcamp Daily  your guide to the world of Bandcamp