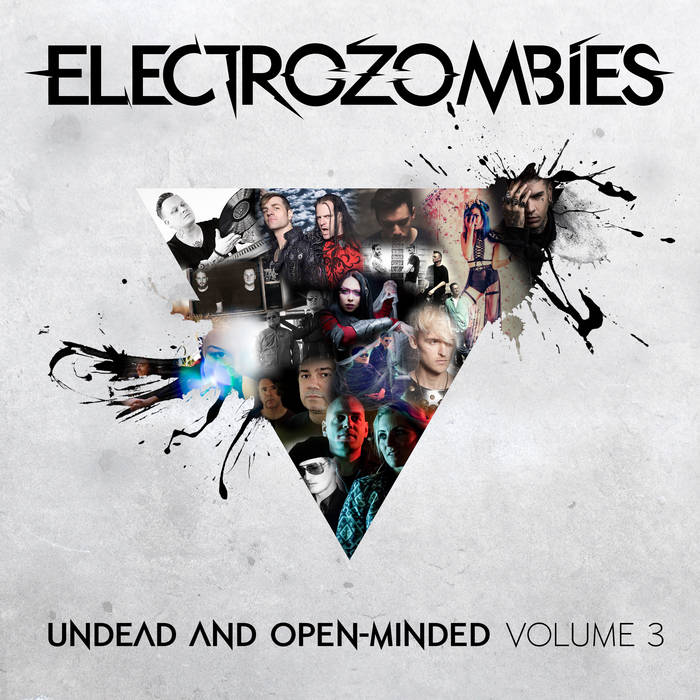 Electric Dream Society What an amazing collection of music! Best of luck to all the artists!

Wilame AC Because have great bands and show us great music stuff!!! Success for all!

We know you've been waiting for this

Volume 3 contains awesome artists like 'Ray Noir' who has fresh and successfully crowdfunded his album production. We're really excited to listen to his album soon. Check out his gloomy track featuring Mariann Rosa 'All Alone' on this compilation.

Further we're proud that the Australian Electropunker 'Angelspit' has contributed two tracks to this compilation. 'Lorelei Dreaming' is produced by Angelspit and 'Hardcore Pong' is a side project by Angelspit. Both songs are definitely worth listening to. The typical handwriting is clearly audible in the songs. Which means you can expect Electropunk on the limit!

Another side project is 'Analoge Stereoide' which is an emerging project featuring musicians of the bands 'Alphamay' and 'Rozencrantz'. And then we have a young and extremely talented artist named 'Mei Ohara' on board, which reminds us strongly of the young 'Björk'.

All other tracks have been selected from a large amount of submissions. So you get only the cream pieces for your sophisticated ears. We hope you will enjoy this compilation that was made with a lot of passion and you'll spread the word around the world.

Find more details about this release on the official page: electrozombies.com/releases/compilation/undead-and-open-minded-volume-3/

This is the official Bandcamp channel of the international Synthpop magazine Electrozombies. Here we promote the bands we like via our free downloadable compilations. Mainly we love and promote the genres Synthpop, Electropop, Futurepop, Darkwave, Electrorock, Industrial Pop and related. ... more

Bandcamp Daily  your guide to the world of Bandcamp